ENGINEER RASTI BARTEK ON CHALLENGING PROJECTS, THE MAGICAL MOMENT A PRODUCTION COMES TOGETHER, AND WHY CREATIVITY ALWAYS RELIES ON PASSION. 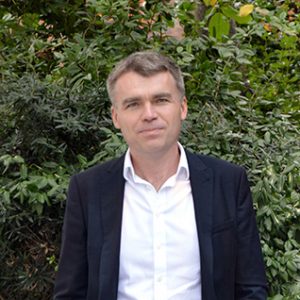 Originally from Slovakia, Rasti moved to the UK in 2004 to be part of the building design hub of the world. His early interest in complex structures took him down a structural engineering route, until he found himself at Cundall, where he is now a partner.

While the world of engineering is necessarily structured and regulated, Rasti brings a creative flair to the process and it’s this unique balance that has drawn him and Wonder Works together time and time again.

WW: How’s the last year been for you?

RB: It was a tough year, because at the beginning of the pandemic a lot of projects in the entertainment industry were put on hold, which was a scary moment. It dramatically reduced our work load over the period of a few months. We had to find other things to replace it. That was hard, but because we have offices in different countries around the world and we’re involved in multiple sectors, we were able to share the workload.

Luckily some events like the UAE National Day Ceremony 2020 for LarMac, plus a few others, did happen and we were lucky to be part of it. We managed to keep working throughout the period. Not 100% as it would be otherwise, but we managed to get through. It was challenging. It was such a tragic year for the live events and entertainment industry.

WW: You worked on the 2012 Olympics with Wonder Works. Explain a bit about your role on the project, what you did and how you achieved it…

RB: At the time I worked in Buro Happold as part of the London Olympic Stadium design team on the design and stadium roof. I was appointed to check the stadium roof and whether it could support the scenic elements, video screens, speakers etc, that Piers and Jeremy wanted. It added up to an enormous amount of additional load on the roof! It was a very challenging task, and because it was so integral to what they were doing, I was involved from a really early stage.

This was the first time I personally experienced the world of ceremonies and creative event productions and it felt quite magical. I really liked it. Going to the Three Mills film studios, they had costume designers, audio designers, choreographers, everybody in one space. For me as someone based in the construction industry, which can be quite regulated, it was just absolutely inspiring. In the ceremonies team everybody was a freelancer hired for this one project, and you could just see how incredibly enthusiastic and passionate they all were and how easy it was to collaborate with them. It really motivated me.

It was my first time working with Piers and Jeremy and I think they liked the collaboration as we continued working together and have done many projects since.

WW: What’s the usual process when you work with Wonder Works?

RB: We (me and my team) get involved in the early stages, probably earlier than other design disciplines because often what we need to check is feasibility of the stunts or sizes of scenery to see what is possible within the location. We normally start with a phone call to discuss the idea, then we check the different options. Based on that, they can start pushing the project forward and enlisting the help of other creatives… Once it’s green-lit, we design, we work with contractors to fabricate it, then we go to the event to check the structures. We are involved in every stage, right to the end.

WW: Do you ever say no way this is crazy?

RB: The reason I work with Wonder Works is that often their jobs are challenging. I don’t think you can ever say that what they’re proposing can easily be done. The question is more how could it be done if it were possible. When we establish it’s possible it’s still a challenge. People do not contact Wonder Works when they want an ordinary, basic production. It’s always something special.

WW: Let’s talk about creativity. You’re known for coming up with technical solutions while using your creativity to push the idea forward. Is this an innate skill, have you learnt as you go…? Are there any projects that stand out as key learnings?

RB: For me the most successful, magical projects are always a result of everybody contributing 100%. I’m really motivated by that. If I work with people who I know are passionate about what they do and who want to create something special then I will do the same. If we are approached by someone who just wants something straightforward done, there is no creativity there. Creativity is a response to something. It’s a response to working with passionate designers.

I like being challenged and I think everyone in my team likes that too. We like working on challenging jobs where the solution is not obvious at the beginning. It’s motivating to solve the challenge and be creative in the solution.

Piers and Jeremy are good at motivating the whole team. They’re able to create an environment where this happens. They shield everybody from the other aspects, the difficult conversations, so that people can focus on what they’re good at. They’re masters in enabling creativity and bringing the right people together.

WW: Recently you worked with Wonder Works to create a giant rotating sculpture for the UAE National Day Ceremony 2020. What was your brief from Wonder Works and how did you find a solution?

RB: The brief was – we are going to have a large object that will be placed in the sea which needs to rotate… and it weighs a hundred tonnes! We ended up creating an artificial temporary island in the sea as we got hold of some large precast concrete blocks which were made for another large project and could be used temporarily on our project – it worked structurally and was also a sustainable solution. The designing of the cube, because of the super fast pace of the project, was mostly the work of a contractor (Stage One), and then we helped with the stability and foundations.

WW: What was it like doing this during the pandemic and what were the challenges?

RB: It was one of the few events that happened during the pandemic, which was fantastic. Everyone who worked on it was really optimistic about the fact it was happening because it meant there was probably an end to the pandemic at some point!

One of the challenges of working during the pandemic is that meetings had to happen via video calls. It is great that technology enables it but it can never truly replace creative design meetings in person.

The pandemic showed us we can work remotely, but it also showed me that once you experience the creative process in person, it’s difficult to replace it with digital.

Also, because of the pandemic we weren’t able to enjoy the end result like we would on previous projects. It was impossible for us to go to site. It’s the element I like the most – seeing it happening for real and how it behaves in real life. As an engineer, you don’t want to design just on paper or in a computer, you want to figure out how things should be built and you want to see them when they’re built – that’s the reward – so it was a bit of a shame we couldn’t be there.

WW: Which is your favourite project with Wonder Works and why?

RB: My favourite recent one was Ashgabat 2017 for Balich Wonder Studios. I loved that job. We were asked to develop structural design for the aerial flying system and for a large scenic object suspended at the centre of the stadium. Basically anything you see above ground we were involved in.

It’s an incredible stadium, so unique. The roof was unusual because one end was formed into a massive horse’s head! We had to justify this roof could support the large 50 tonne scenic piece, the long span cable structure supporting it, and the flying system.

It’s very difficult to travel to Turkmenistan but because of the project we could all go to site. The entire creative team moved there and were based in one location. I was there for several weeks. I really liked being part of it.

Before that, my favourite Wonder Works project was London 2012 Ceremonies. For everyone involved in the Olympics, it’s impossible to forget! It will always be a very special memory for me. We are currently working with Wonder Works on two incredible projects which I cannot talk about yet and if all goes well I have a feeling that they might beat my current favourite. Watch this space….