Sculptor Jacqui Pyle on making maquettes, falling in love with Galway & her obsession with fungus 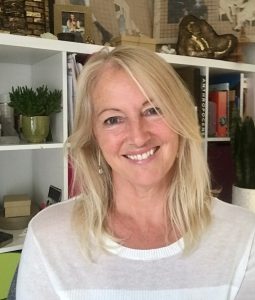 Berkhamsted-based Jacqui has been in the industry thirty years. As a sculptor she loves working in clay because it’s highly detailed, which is just as well, as the maquettes she makes form the basis for the enlargements which play a crucial role in each project.

A large part of her job involves research, which [she says] often means she ends up going down a rabbit hole and getting a bit obsessed. “I know everything about Elton John!”

While at art college, Jacqui worked in the theatre, before moving to workshops that made theatre props and scenery. She attributes her knowledge to learning on the job “from people who were better than me” and says through long hours, being courageous and putting herself out there, she was lucky enough to have one opportunity after another.

She has spent the majority of the last fifteen years working on tours, and has been working with Jeremy, Piers and Wonder Works in one form or another since 2008. Here, we chat to Jacqui about some of those projects, her creative process, and her most inspiring work.

WW: What’s the usual process when you work with Wonder Works? How involved are you in the concepts and how much creative input do you get?

JP: I’ve been incredibly lucky with Wonder Works as they tend to ask for lots of creative input. Many of the architects and designers I work with have a big idea, more often than not it’s huge. There’s no way all of these details can be fleshed out entirely. This is when I’m brought in to do some sketches and perhaps a small maquette. So, I put my stamp on it in a small way. Often people don’t realise I exist, but I’m there in the corner!

I often get asked to do concept drawings and that’s really special. With the Galway work, what was really lovely about that was, I did these cardboard cutouts, layered them and put lights in them, just to show how the fire pit would light. So not only did I get to do the 3 dimensional spheres, I also did that, and it was really lovely to do. Especially since they said “Oh yeah, we get it now! You can do it all!”

WW: How important do you think the creative aspect of these projects is for emotional engagement & audience enjoyment?

JP: With things like tours, they want maximum capacity. There has to be some real theatre, real drama and real scale pieces. It’s a film, it’s theatre, it’s imagery, and there’s so much to look at. If you didn’t have the creativity you’d become disengaged.

WW: Are there any tours that stand out? Didn’t you work on Roger Waters ‘The Wall’ remake?

JP: Yes! With Roger Waters, it’s really about the wall itself. I went to the first Pink Floyd ‘The Wall’ tour and I was 17 at the time. It was the tour that made me think “I wanna be up there placing poly bricks in the wall!” It was so immersive. I came away just mesmerised.

[For the remake] What I worked on is the maquettes of the inflatable characters. These characters are really well known and they have to be done correctly. They were used for the original tour and they wanted to reinvent them but keep the integrity of these characters, so I was commissioned to work with the illustrator for the album and characters, Gerald Scarf. It was really nerve wracking because I really love his work. It’s very special to be part of something iconic. You feel really proud. If I had known the first time round that years later I’d be involved, I’d have been delighted!

WW: How’s the last year been for you?

JP: It’s been non-existent. It’s been shocking. You can’t imagine it would all just suddenly stop. Many of my friends, people I care about, both my sons, all work in the industry, and suddenly everyone’s gone from enjoyable work to absolutely nothing. My partner is a scenic painter. He does a lot of hyper realistic stuff for films, so I ended up being his assistant on a few things. It was great, but horrible with him in charge! He’s on a new film now and luckily he’s got a new assistant!

WW: Have you managed to do any of your own personal work?

JP: Something I’ve been doing a lot of is drawing fungus! I’m obsessed with fungus. I’ve always loved going to Ashridge Forest and looking for the different mushrooms that are growing. They’re incredible. I took all these photographs and drew from them. I did some sculpture and things like that. I would like to do it more, but I haven’t really done a lot. You’re so busy doing everyone else’s work you think “I don’t know what my work is anymore!”

WW: Which do you think was your favourite project with Wonder Works and why?

JP: One of the most lovely jobs I’ve ever had was the Galway City of Culture one. It was really special. They wanted to produce a spectacular outdoor opening ceremony on the West Coast of Ireland and to link the county of Galway and the city together with a Fire Tour across 6 towns. Piers gave me this outline then I was allowed to come up with the ideas, the concepts for each of the spheres, do models, maquettes, lots of research. It was a fantastic job. It was so far reaching. I started by thinking about the towns and what the communities might want in a piece of art. I just wanted them all to be proud of the reflection of their town. I researched them deeply and carefully, and I was really mindful that I wasn’t an Irish artist, though my family are Irish, I’m not living in Ireland, so I wanted to be careful not to provoke that. And for it just to be a happy experience.

Every time I was doing one of them, I would fall in love with that place. It was really special. You go to Spidéal and it’s all sea, and the sea is flat but there’s something about it that seems to surround you. The skyline seems so massive. How do you portray that? I think I did. They were delighted with it anyway. Portumna was this massive forest and a place of nature. As a child in Ireland, we never saw a forest. We saw trees and maybe a bit of wood, but not a forest! We went there and I was blown away. Ultimately you want to provide something for all of those people that is a reflection of them, and not of politics or religion. It was really important to Piers and the committee that those weren’t reflected in the work.

WW: Do you ever get a brief from Wonder Works and think “Are you mad? That can’t be done!”

JP: I love when you feel like that! But no, they’re more considered. Their knowledge is so wide and deep. You kind of know, if they’re proposing it, it can be done. Piers was technical director of the 2012 Olympics, and Jeremy’s knowledge… I mean, they just know!

I’m really grateful to Wonder Works because they’re really unpressured. Obviously they need things to be done but they are really mindful of you as an individual trying to get it right, working hard and trying to get it done as fast as you can. They’re really kind. If you turn around to them and say “I’ve got a drama, I can’t do this” they say “that’s okay, it’s fine.” I don’t feel worried about saying that, and that’s a really modern thing, I think. They embody all the things they say are really important about a business: To include and encourage. They’re really lovely people and I’m really hoping they’re going to keep going from strength to strength… and give me lots of bits and pieces along the way!